Gage Nelson doesn’t do one-night stands. In fact, he doesn’t date. He’s too focused on leading his team to the playoffs. Besides, he doesn’t need more women complicating his life—he’s got enough of that already.

But when a blue-eyed beauty bowls him over, he breaks his own rules and lets himself go with the flow for a night. A night he intends to be the first of many. When he wakes up, though, his dream girl’s gone, and he has no idea how to find her. He’s haunted by the woman he can’t get out of his mind.

Lily Everett is caught in a past she can’t let go. One night of steamy sex with a hot hockey hunk helps her forget—until she wakes up, and guilt grabs her by the throat. She runs and doesn’t look back. And that’s okay because hockey players are, well, players, right? Guys like him aren’t looking for long-term—and neither is she.

When a chance meeting brings them back together, Lily realizes she’s not only misjudged Gage Nelson, but she’s misjudged her own heart’s yearnings. What began as a one-night stand threatens to undo her carefully laced-up world.

Gage, aka Mr. Perfect, is trying to live up to his family’s and his team’s sky-high expectations. A lot’s riding on his big shoulders, but as long as he goes in the direction his moral compass points, he can’t go wrong. Right? As for Lily, he wants her. Period. He sets out to win her the same way he wins at hockey: with patience and persistence. But he finds himself facing off against a rival he can’t beat.

Can Gage convince Lily to give up the ghosts of her past and make room for him in her heart, or will she freeze him out forever? 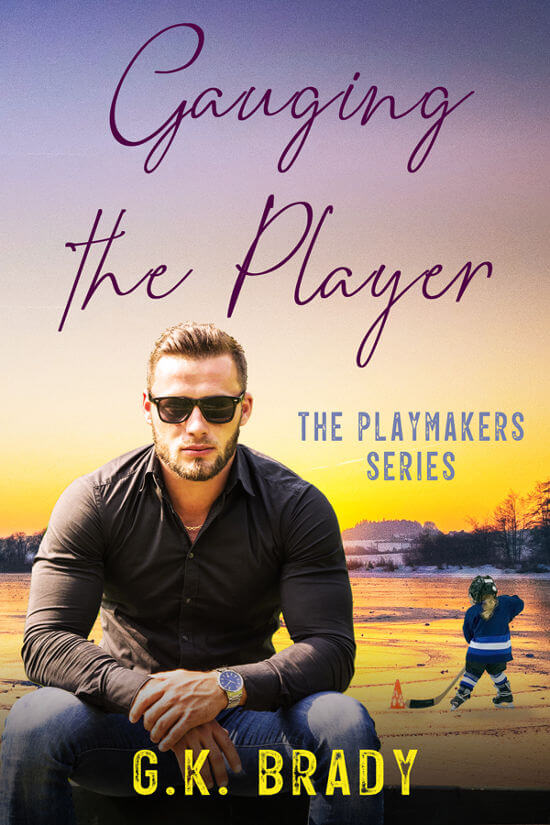 Listen to the Gauging the Player Playlist!

Book 4 of The Playmakers Series, The Winning Score, is being whipped into shape and should be ready to “hit the ice” in late summer/early fall 2020. Get a free copy by joining my Advanced Reader’s List! 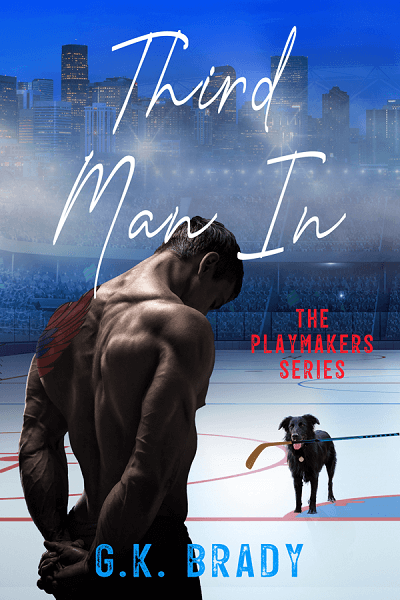 Pro hockey player T.J. Shanstrom is no stranger to controversy. Labeled a goon by his many critics, he’s the guy every team hates to play against but every team wants on their side—the goal scorer with an edge as deadly as a newly sharpened skate blade.

T.J. plays the only way he can, laying everything on the line, game in, game out. But when it’s time to step away from the rink, T.J. leaves his fire on the ice. Relationships? He tried that once. Friends with benefits is as close as he’s planning to get to a woman again.

Until he meets Natalie Foster.

Smart and independent, no-nonsense Natalie’s rebuilding her life her way after her high-powered career and her engagement go off the rails. Besides trying out new lines of work, she’s also dipping her toe in the romance pool with pro hockey player Kevin May. The relationship is new, it’s fun, but it’s barely off the ground when Kevin’s career comes to a screeching halt thanks to a T.J. Shanstrom cheapshot.

When Natalie and T.J.’s paths accidentally cross, sparks fly. Natalie has no idea who this handsome hunk is, but when T.J. discovers who she is, he’s determined to become her knight in shining armor while safeguarding his identity—and his heart.

What could possibly go wrong?

Discover a whole new side to the story by listening to the official Third Man In soundtrack.

Or, download a bonus Third Man In Epilogue! T.J.’s about to confront a past he’s been trying to forget his entire life. 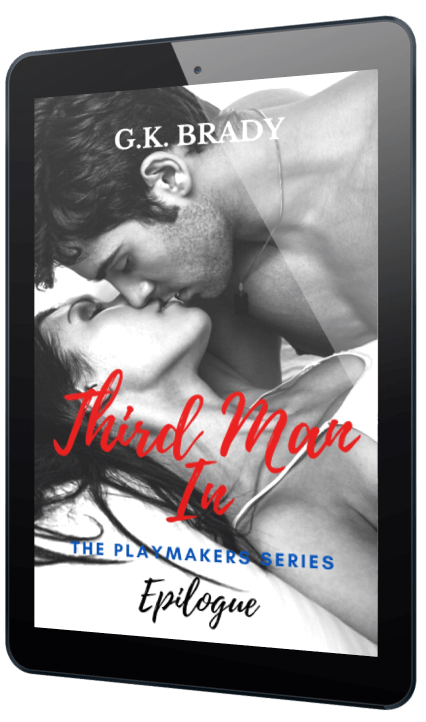 Download a bonus Third Man In Epilogue! T.J.’s about to confront a past he’s been trying to forget his entire life.

Or, discover a whole new side to the story by listening to the official Third Man In soundtrack.

BOOK ONE: THE PLAYMAKERS SERIES

When pro hockey’s bad boy, thirty-two-year-old Beckett Miller, is caught supplying the drugs that nearly kill his latest one-night-stand, the dominoes of his high-octane celebrity life tumble. Beckett becomes the sport’s pariah and braces for the fight of his life armed with only a yearning for another chance and one lifeline, Paige Anderson, the reluctant real estate broker Beckett coaxes to sell what’s left after the fallout. Paige has a big heart and a husband with a secret but is in peril of losing both as she forges an unexpected bond with Beckett—a bond that bares the man concealed beneath the bad boy bluster.

Listen to the Taming Beckett Playlist!