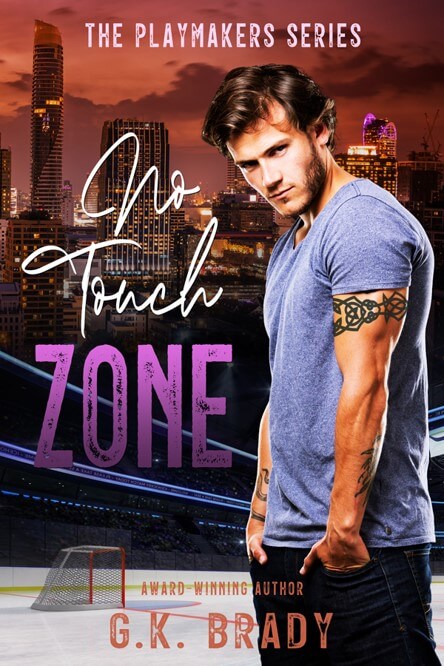 Buy it Now on Amazon!

Dana “Mac” McPherson is a goaltender without a job, a team, or a city. Until he lands in Denver as a backup goalie. He should be happy, but he’s not. Not only is his new job a step down from the starting goaltender position he’s used to, even worse, he’s uprooting his family from the only home they’ve ever known—and he’s doing it as a widowed single dad of two young children.

Mac decides the move to a new city is the perfect chance to hit the reset button and recapture a slice of his younger self when he was a ladies’ man. But he’s a little out of practice. So when he meets Mia Morales, the dark-eyed beauty helping him and his family find their Denver house, he decides she’s the perfect woman to help him sharpen his skills.

Burned out on her job, her family in turmoil, Mia doesn’t need to add another twist in her already complicated life—like her hunky new client. Mac isn’t just a twist: he’s a huge wrinkle she needs to keep in the client zone because his halting boyish charm threatens to expose her carefully cloistered heart.

Fate has a way of scrambling plans, and as Mac and Mia are continually thrown together, their attraction becomes bigger than both of them. When Mac decides Mia’s more than a candidate to practice his imagined playboy moves on, his determined mother-in-law steps in with an agenda of her own. Meanwhile, Mia struggles to balance the weight of family and job. Her heart’s not all she has to lose if she gives in to her desire to be with Mac.

The path to Mac and Mia’s happily-ever-after is littered with hip-checking hurdles. Some are of their own making, but others are barriers put up by those with a desire to keep them apart. Will they be able to skate around the barricades blocking their way and make it to the goal line, or will they veer so far off the path that they lose out on their happy ending?