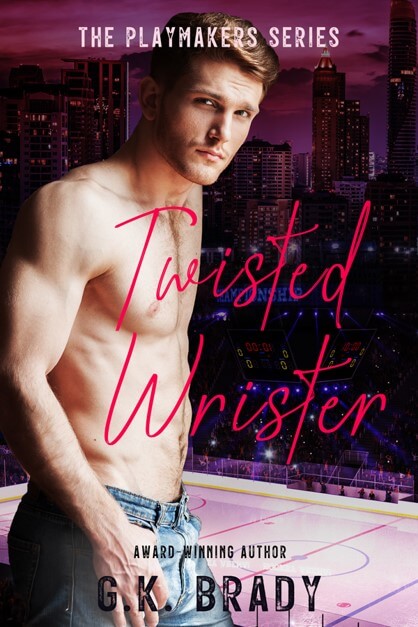 Blake Barrett’s star is streaking into the upper reaches of the galaxy, and it’s his wicked wrist shot that’s fueling the twenty-four-year-old’s meteoric rise. Top center for the NHL’s Cup-winning champs? Check. Millions in the bank? Yep. As self-assured in his stickhandling abilities off the ice as he is on it? Not so much. Women might be throwing themselves at him, but he needs a little more practice to figure out what to do if he catches one.

Then again, after growing up with a front-row seat to his parents’ disastrous marriage, he’s convinced the closest he can get to happily-ever-after is settling for someone who ticks the most boxes when his career’s done. Why waste time on a dream he can’t even pin to the boards? So when Blake’s roommate—who also happens to be his teammate and best friend—sets his sights on their feisty new neighbor, Blake’s duty-bound by the bro code to help his buddy win her … except when Blake gets to know her, he’s not so sure he wants to play wingman anymore.

Michaela Wagner has earned her hard-fought-for position as a real estate lawyer in a prestigious firm. She may have aced her classes and graduated early, but an army of suits is ready to keep her ambition in check. Undeterred, she casts her eye on a prize account her boss is dangling like a juicy carrot.

Though she doesn’t have much time for dating, she’s a big believer in fairy-tale endings. Prince Charming is waiting for her … though he hasn’t been at the speed-dating events or in the dating apps she’s subjected herself to. Could he be one of the hunky hockey players next door? Absolutely not. Too much testosterone, too much swagger, too many female fans. If she were forced to pick one, though, it would be Blake. He’s an enigma begging to be bared, and he’s got those green eyes that follow her with an intriguing mix of bewilderment and intensity. Too bad he believes in happily-never-after.

As Blake glides closer to Michaela, doubt turns to possibility, and his philosophy begins to unravel like spent stick tape. But a happy ending for these two seems as elusive as a Stanley Cup win. When loyalty faces off against desire, will their love survive the penalty box?

Can’t Get Enough of Blake and Michaela?

Discover a whole new side to the story by listening to the official Twisted Wrister soundtrack.

Or, download a bonus Twisted Wrister Epilogue! Sometimes happy endings get lost. Can Blake and Michaela find theirs again? 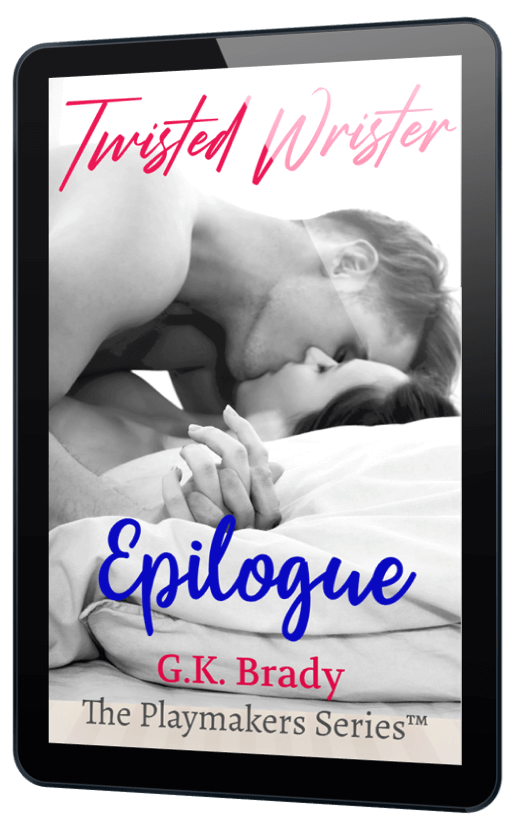