The Heart of a Hussar, Chapter 25: Homecoming (Excerpt)

The Heart of a Hussar, Chapter 25: Homecoming (Excerpt)

A sennight before All Souls’ Day, a wicked cold gripped the countryside. The weather and impatience for the company’s return had submerged the castle in agitated gloom.

Oliwia lingered in the kitchen one late afternoon, taking in its warmth and aromas, when she heard the blare of trumpets, followed by the firing of celebratory shots. A kitchenmaid scared the wits out of her when she let out a shrill squeal. The girl ran from the room, her screeches echoing through the passageway to the great hall. Oliwia looked at Beata, her hands on her well-rounded hips and a weary look on her droopy-eyed, lined face.

“I will get no work out of that one for at least a week now,” the old cook said as she shook her head.

“Why did she scream?” Oliwia asked.

“Every day she searches for the pennons; her sweetheart is a pacholik who left in spring. From the growing racket, I venture the company has been sighted riding to the gates this very moment. And now I must prepare more food for a horde of hungry soldiers by myself, no doubt. Ack!” The old woman threw up her hands.

Oliwia spun on the spot, following hurriedly in the maid’s wake. Behind her, Beata exclaimed, “Tchah! The missing soldiers return, and now all the silly maids go missing.”

As she scurried to the great hall, frenzied, joyous shrieks bounced off the stone walls. Folk surged from every part of the castle like busy ants pouring from their labyrinths after a careless foot has kicked and caved in their mound; she was caught in the swarm.

Her heart beating like hummingbird wings, she tore to the battlements as fleetly as her feet would carry her. Others had gotten there before her, and she gleefully shared their joy at the glorious sight: a wave of crimson moving over fields toward the castle, ruffling red-and-yellow pennons held high on lances. Though tattered leaden clouds and the descending dusk shrouded the countryside in angry gray hues, the cavaliers seemed to reflect an unseen light bursting through the dimness, as if the heavens had opened just to illuminate them.

The warriors rode fast, bringing them closer to Biaska Castle on the thunder of hoofbeats. Soon they were near enough that Oliwia could make them out, and her heart turned over when she recognized the lieutenant out in front with another familiar form. Jacek and Henryk rode side by side, so close their stirrups could have been touching. They urged their horses, as though they raced for a heavy purse. She clapped her hands together.

Down the steps she dashed, along the lengths of the dark hallways, through the massive oaken doors, into needles of sleet slicing down from the iron clouds. Hampered by the burgeoning crowd, she picked her way to the forestairs.

The bailey overflowed with humanity and beasts such that the trailing soldiers struggled to get inside the castle walls. Oliwia stopped and settled her eyes on the commotion in the courtyard below, longing to throw herself into the raucous reunion but afraid she’d disappear under a hoof or twelve. Rooted in place, she pulled herself up and squared her shoulders; inside, she quivered and quirked.

Jacek and Henryk were thronged within circles of people, but their heights allowed her to pick them out as they tried to free themselves. Filip pelted through the crowd and narrowly avoided knocking Jacek on his backside as he launched himself at the lieutenant. Jacek picked him up in an embrace, pecking his cheeks thrice before putting him back down on his feet. Filip pointed toward her.

Jacek raised his eyes. He locked on her, his gaze traveling up and down her person. His eyebrows rose, then furrowed, lending him a confused expression which quickly transformed to one of recognition, as if it had taken him a moment to recall who she was. His mouth quirked. Oliwia’s smile widened, lifting her cold cheeks; she gripped her skirts. He returned the smile, moved a few people aside, and climbed the steps.

When Jacek reached her, she looked up at him towering over her. He scanned her thoroughly from head to foot, and she felt a blush rise up her throat and heat her cheeks. His face was thinner, and a thick, dark brown moustache, like broom bristles, covered his lip. A laugh escaped Oliwia’s lips. Jacek said nothing; he just smiled broadly and looked down at her, his eyes shining like polished sapphires. She opened her mouth to speak, and a croak slipped out. Lady Katarzyna materialized in front of her, and he immediately bowed and greeted her. Trying to step from behind, Oliwia was blocked by Katarzyna’s slight body, seemingly moving with hers.

“Ah! I am heartened to have you back home again. Welcome!” boomed Eryk’s voice. He banged a hand on Jacek’s shoulder before embracing him. Behind him, Mateusz stood beside his wife and held one of his squealing children aloft in his arms.

“Come. I am sure you have much to tell me, and I am anxious to hear it all.” Eryk turned toward the keep doors, and Jacek fell in behind him and Mateusz.

Giving her a sidelong glance, Jacek called out a quick, “How do you fare, Lady Oliwia?”

She thought she heard Lady Barbara call to Jacek, but he kept moving as if he’d not heard her. Hugging her arms to herself, Oliwia glimpsed the bulky forms of the men, their animal pelts flapping behind them as they withdrew.

“It’s cold out here! Oliwia, into the hall.” Katarzyna gave her a little push, and she skidded on the ice-encrusted stone. Lady Barbara cackled.

In the shelter of the hall, Katarzyna looked Oliwia over, a frown on her face.

“Is something wrong, my lady?” Oliwia asked.

“Follow me to my chamber. ’Tis time for the harp,” said Katarzyna curtly.

Oliwia headed toward the stairs, which in this moment seemed furlongs away. As she crossed the great hall, she considered how she had nearly burst with excitement only minutes before, but now she was chilled and deflated. 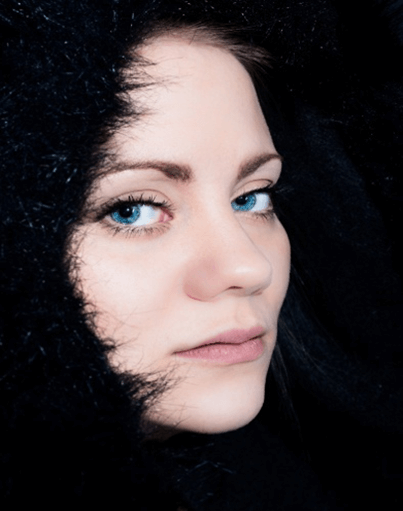 As he followed Mateusz and Eryk, Jacek stole a glance over his shoulder; Oliwia had disappeared. Nonetheless, her image burned in his brain like a bright bolt of lightning. It had left him thunderstruck. When he’d first spotted her, he’d needed to check the impulse to shake his head, lest his eyes be deceiving him; lest she be the wrong girl; lest she change back into the girl he’d left behind. Clearly, she was no longer a girl. While he’d been gone, she’d become a woman. A remarkably beautiful woman. Was it possible she’d looked like that all along, and he’d never noticed?

How old was she? Seventeen?

He struggled to corral his wayward thoughts and turn to the business at hand. For a few moments longer, he let the vision linger. Time had enhanced Oliwia; something he could not quite identify had changed. She was no taller. Though he’d not had benefit of the thorough examination he would have favored, he thought she had grown a little fuller, in a way he wholly appreciated. But it was more than that. Her stature, her bearing, her overall air—these had transformed. She exuded more confidence, more majesty, yet her smile had only grown sweeter.

As he entered the lord’s solar, he pulled in a great breath and reluctantly expelled her from his thoughts.

Read an excerpt from the first chapter of The Heart of a Hussar now!