Read a Sample: The Heart of a Hussar

Home/Book Samples, Polish Winged Hussars/Read a Sample: The Heart of a Hussar

Read a Sample: The Heart of a Hussar 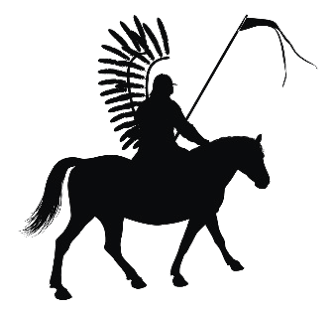 Jacek yanked on the reins, curbing his warhorse out of range of the enemy’s guns. Staccato breaths burning his chest, he glanced at the bloody saber in his grip, still attached to his wrist with a lanyard. When he’d ridden into the enemy, he’d carried eighteen feet of kopia squarely into a soldier whose face he never saw. He had only felt the gratifying bite of the lance’s steel tip and felt the impact judder along the length of the shaft and up his arm, right before it shattered and the man cried out.

The fierce fighting that followed had been a jumble of cold, slashing steel; gritted teeth set in grim, bloodied faces; the tang of coppery blood mixed with horsesweat and acrid smoke from gunpowder and burning villages. He pursued the enemy as they fled, and now stood quite alone on the outer fringes of the eerily silent forest. As if waking from a dream, he looked about; it was still morning. The air was thick and ripe, adding to the sheen of sweat covering his exposed skin. He bit down on his leather glove and tore it off before running his hand over his armor and his padded thighs. He felt his way around his body, his spirit lifting with each undisturbed inch he discovered.

Movement between the trees jolted him back to the present.

Narrowing his eyes, he scanned the battle haze that hung from the evergreens and birches like gossamer veils draped over a hundred brides. A horse and rider cantered toward him, and he recognized his best friend, Henryk, looming out of the murk.

Henryk drew alongside, scrutinizing Jacek through the leaf-shaped nose guard of his helmet. “What the devil were you trying to do back there?”

Jacek gave his friend a hard stare, masking his unease at his own reckless bravado. Why in God’s name had he done it? “Kill the enemy. What else?”

Henryk’s horse turned in a circle, its reins in his loose grip. “By leading the charge through one small gap in the fence under fire? Since when have you had a death wish?”

His breathing leveling once more, Jacek calmly crammed the glove in his belt and glanced at his friend.

“I have no death wish. I volunteered, and the captain sent me in.” And God and all the saints saw fit to safeguard me.

As Henryk stared at him, Jacek continued. “I saw Lieutenant Górnicki go down.” His own words jarred him, sending a fresh stab of dread through him, and a prickle raised his neck hairs.

Henryk let out a snort and shook his head. “No doubt the captain would have picked you to lead the charge, whether you volunteered or not. I want to see the look on his face when he realizes your blood does not soak the battlefield.”

Jacek felt a rising urgency and dismissed the remark. “Does Górnicki live?” he asked, his voice sounding choked.

Henryk exhaled. “I don’t know. I was rows behind you. By the time I went through, the gap had widened and the mêlee was well underway.” 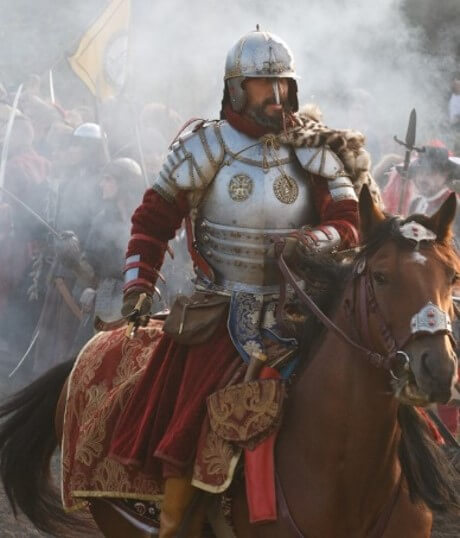 Jacek tugged on his reins and pulled away. Henryk positioned his horse across Jacek’s path.

“Out of my way, Henryk. I need to go back,” Jacek ground out.

“Get the hell out of my way.” Jacek nearly yelled, as much to cover his alarm as to convince Henryk to move. He backed up his horse, but Henryk shifted and blocked him again.

“You may outrank me by one year, but I have my orders. The infantry has arrived, and they ready the guns. You are headed the wrong way, my friend. If you insist on continuing, you’ll likely get yourself and Jarosława,” Henryk nodded at Jacek’s horse, “blown up, and Lord Eryk will have my head on a pike. Unlike our beloved captain, I venture he wishes to see you alive.”

Jacek stopped and stroked his mare’s neck. Shouts rose in the distance, but the small patch of ground where he and Henryk stood was steeped in preternatural quiet. No birds trilled; no insects hummed; no leaves rustled. The pawing of a hoof and his charger’s soft snort were the only sounds.

Henryk smirked. “Don’t look so dumbfounded. We are to continue pursuing the enemy. You get to live a few more minutes, and with any luck, kill another dozen before they kill you.”

The big animal tossed her mane, jingling her turquoise-encrusted bridle. The clank brought Jacek back to the reality of the battle that had started before dawn only hours before.

Jacek looked up at his friend. “Lead on.”

Just then the guns boomed, their reports roaring through the woods, followed by the dull popping of firearms. Wordlessly, he and Henryk turned and rode toward the terrible noise.

Read an excerpt from Chapter 25: Homecoming!