The Battle of Vienna: The Most Famous Hussar Victory of All

Home/Historical Fiction, Polish Winged Hussars/The Battle of Vienna: The Most Famous Hussar Victory of All

The Battle of Vienna: The Most Famous Hussar Victory of All

I’ve recently been working on Book 3 in The Winged Warrior Series. The story starts in 1620 and will incorporate a key event along the southern Polish border, which took place that year. If you’ve been reading this blog for a while, you might recall my mentioning the Battle of Cecora, which lasted from September into October and didn’t end well for the Polish forces who took part in the conflict, including the winged hussars and their commander, Hetman Stanisław Żółkiewski.

In researching Cecora and the nuances of what contributed to their defeat, I continually come across references to the Battle of Vienna in 1683, one of the most illustrious victories in the Polish winged hussars’ history. I thought it would be fun to highlight the vital role they played in what’s been deemed one of the most important and most decisive battles throughout history. It would occur some sixty-plus years after Cecora and would feature King Jan III Sobieski, Żółkiewski’s great-grandson. 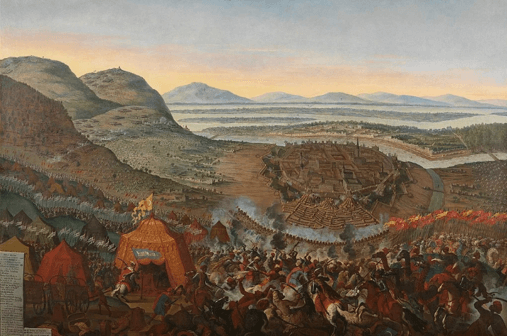 But back to Vienna in September of 1683, which was under siege by Grand Vizier Kara Mustafa Pasha and his army of over 140,000. That number dwarfs what remained of the Christian army, which was losing the battle for Vienna. The Ottomans smelled victory and the end of Christendom, for they viewed Vienna as the gateway to all of Europe. Holy Roman Emperor Leopold had fled with 60,000 Viennese, and Charles V, Duke of Lorraine, had pulled back his 20,000 troops, leaving a meager force of exhausted Germans and Austrians. Some accounts report the number as low as 5,000.

Prior to the siege, the Holy Roman Empire united with Poland in the 1683 Treaty of Warsaw. The treaty stated Emperor Leopold would support Poland if the Ottomans attacked Kraków, and the Polish army would, in turn, come to the aid of Vienna if it were attacked.

Honoring his obligation, King Jan III Sobieski of Poland set out from Kraków on August 15 with 27,000 troops, including 24 hussar banners. Along the way, they met up with other armies joining the fight. When they arrived in Vienna, Sobieski was the highest ranking officer and was immediately put in charge of the Holy Roman troops, which now totaled around 70,000 men. He swiftly adopted a plan and put it into action.

What came next is the stuff of legends.

Sobieski secretly led his Polish troops, which included 3,000 hussars among 14,000 cavalrymen, through the Vienna Woods and up Kahlenberg Mountain. Because the mountain stands nearly 1600 feet in height (484 meters), the Ottomans never expected an attack from that side because it seemed impossible to push guns, gear, horses, and men through the thick forest and up such a steep incline. Yet the Poles did, all through the night, under very difficult conditions

When Soblieski and his men reached the top and emerged, they must have been exhausted! Yet it wasn’t long before they charged, Sobieski leading his 3,000 winged hussars downhill, navigating obstacles like vineyards and fences and overrunning the Ottoman army with a swiftness that caught the Ottomans off guard. It is said to be the largest cavalry charge in history. The surprised army scattered and fled, and the battle was won by Sobieski and his troops in a mere three hours after the charge began. The hussars would hunt the Ottomans for days and weeks afterward, decimating them.

As for Mustafa Pasha, he was executed by his own Janissaries for his failure. His end wasn’t an easy one but was what custom dictated. He was strangled with a silk rope pulled by several men on each end.

To see a re-creation of the Battle of Vienna, check out this YouTube video. Or, here’s a longer version of that video, which is is quite interesting with the extra history added.

Note that the horsemen re-enacting the winged hussar charge are doing so down a nicely groomed hill—a little different from the way it actually was—and even under those circumstances, it still appears quite treacherous! Imagine that charge with all the obstacles the winged hussars had to navigate!

With the victory at Vienna, Sobieski restored the Polish-Lithuanian Commonweath to glory, though it would prove to be only a brief return and, sadly, the last. 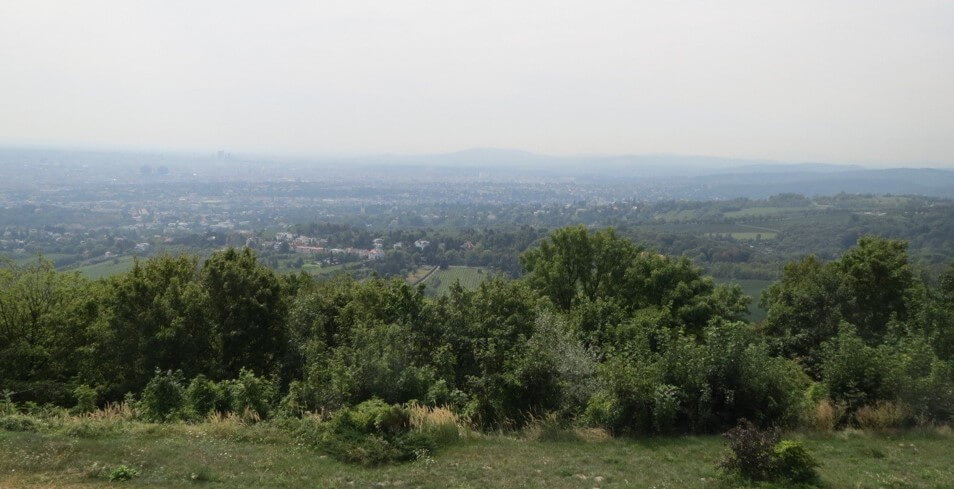 In 2017, I traveled to Poland and followed Sobieski’s route. This picture was taken at the end of the trip, on top of Kahlenberg Mountain in the Vienna Woods. It was breathtaking to stand there and see what the Poles traversed on the eve of battle as they pushed artillery, wagons, men, and horses over that terrain and up that hill. Though the sky was a bit murky the day I shot this photo, it gives some perspective as to what they faced. I was and still am in awe!